Your dad shoots one.

Your grandfather shoots one.

For 75 years, generations after generations have enjoyed the fun the Daisy Red Ryder brings.

For most of them, this BB gun has become part of their childhood that goes with unforgettable memories.

A part of American history has integrated into the good, old Red Ryder rifle.

Here are the interesting facts that you don’t know about the history of the most popular air gun in the world:

From that time, it got the name model 1938 till today.

4. Model 1938 was chosen because that’s the year when Stephen Slesinger and western artist Fred Harman,

5. That 1938 conversation led to what is probably the longest-lasting still-existent licensing agreement in American business history.

6. Some of the earlier special editions were based on the 1938 date.

7. In 2005, Daisy began celebrating anniversaries based on the first date of production (1940), with a 65th-anniversary gun.

This Daisy Red Ryder 75th anniversary edition BB gun is dated 2015, but it debuted just before Christmas in 2014.

Alright, that’s enough for nostalgia, let’s check out this newest version of the Red Ryder!

This is a spring-piston, level-action air rifle.

For more on the 5 types of air rifles, you need to know before buying, see this post.

This air gun uses an under-level cocking system meaning that the level for cocking is located under the forearm.

Unlike break barrel gun in which you have to open the chamber to load the ammo,

with this cocking mechanism, you can quickly get the Daisy Red Ryder back in action with only one, simple level pulling step.

And it requires so little force to do so even a 10 years old child can do these steps quickly and easily.

The caliber (the internal diameter of the bore, measured in inches) is .177 (4.5 millimeters).

.177 is the most common caliber with a flat trajectory (the path the bullet travel before it hits the target)

And flat trajectory makes accuracy simple for everyone, even a newbie shooter (more on that in this post)

While the cocking level is made of aluminum (an upgrade compared to plastic level on the non-special edition of Daisy Red Ryder), the barrel is smoothbore, steel barrel so it makes the BB fly smoothly .

You don’t have to worry about wearing out your barrel over time with BBs since there is no groove inside it.

This gun is a repeater which means that you can shoot multiple shots at a time.

No manually reloading after each shot is required, just pour the BBs in and enjoy a long hour of fun plinking.

The stock is made of stained solid maple wood stock with a golden band in the forearm.

It gives the gun a handsome look, adds rigidity to the holding feel, and provides you true connection with your air rifle.

It catches anyone’s attention and reminds them of a proud history of this starter BB gun since 1940!

However, a hardwood stock can expand or contract due to changes in temperature so sometimes you have to perform glass bedding (filling gap in stock with epoxy-based material ) to keep it in shape.

MidwayUSA shows you how to do just that in the video below:

The Daisy Red Ryder 75 Anniversary uses .177 BB as its only source of ammunition.

BB is dirt cheap: you can buy a thousand rounds of premium BBs for just a few bucks so it’s very cost-effective when you do target shooting and plinking a lot.

This gun comes with traditional open sight: The front sight is a fixed blade and ramp while the rear sight is adjustable for elevation (allow you to adjust the sight up and down).

This feature disappointed me a little bit, I have thought that at this memorable anniversary of the 3 quarters of the century, Daisy would make the fully adjustable rear sight

But it seems that they don’t think it’s extremely important for shooters.

Step 1: Put the SAFETY ON and load BBs

Push trigger safety from left to right so no red is showing.

Tilt the gun to its right side, place thumb on the arrow, push load-door in and up.

Cup hand under the barrel and slowly pour in new Daisy BBs and then close the loading door.

When cocking, raise muzzle with sight up.

Firmly grasp the cocking lever and pull outward until it is fully cocked.

At this point, a BB could be loaded into the ready to fire position and your gun must be handled with care.

Close cocking lever and your gun is ready to fire

Your Daisy has a gravity feed system.

To ensure proper operation, you should always raise the muzzle up while cocking to ensure that a BB rolls into a firing position.

When raising the muzzle, be sure the front sight is pointed upward since the gun will not feed properly if it is on its side

Aim at the safe target, put the SAFETY OFF, and gently squeeze the trigger to shoot.

The velocity of the Daisy Red Ryder 75 Anniversary rifle is 350 FPS.

This is not high velocity compared to other BB guns on the market and it doesn’t even have enough power to drop birds so this gun is suggested for fun plinking and target shooting only.

The effective shooting range of The Red Ryder is 5 meters away – about 16.5 feet.

This BB gun can be used for plinking, shooting paper targets, and for training new shooters on how to properly and safely handle an air rifle.

The Daisy Red Ryder has lots of customer reviews with positive ratings.

Almost all the reviews show how people love this BB gun, how it brings back their childhood memory and plenties of them is buying for their children.

There are very few negative reviews of this rifle and no major issue is found.

The price for Daisy Red Ryder 75th Anniversary Rifle is only 50 bucks.

It’s so cheap if you think about how much American history is imbued in it.

From the page of a comic book to the big screen the Daisy Red Ryder 75th Anniversary Special Edition remains faithful to its original design.

This level-cocking rifle is lightweight, easy to cock, and durable.

It’s a great gun for introducing your kids to shooting sport and for displaying in your family room as part of the air gun collection. 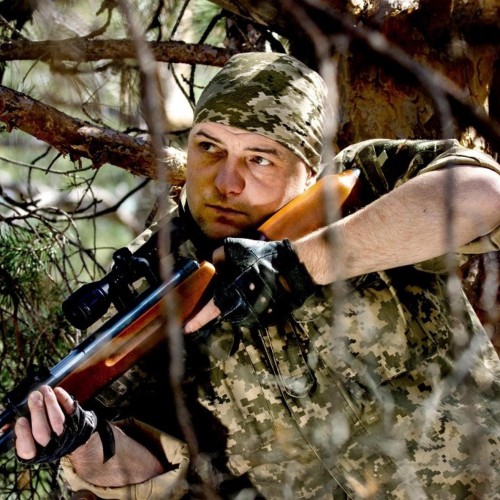 Ethan Smithhttps://airgunmaniac.com/about-ethan-smith/
Ethan Smith is a seasoned marine veteran, professional blogger, witty and edgy writer, and an avid hunter. He spent a great deal of his childhood years around the Apache-Sitgreaves National Forest in Arizona. Watching active hunters practise their craft initiated him into the world of hunting and rubrics of outdoor life. He also honed his writing skills by sharing his outdoor experiences with fellow schoolmates through their high school’s magazine. Further along the way, the US Marine Corps got wind of his excellent combination of skills and sought to put them into good use by employing him as a combat correspondent. He now shares his income from this prestigious job with his wife and one kid.
RELATED ARTICLES
Reviews