In Jeff Bezos’ own words:

“A brand for a company is like a reputation for a person. You earn reputation by trying to do hard things well.”

And we can all agree that setting up Amazon was not a mean feat.

You realize that no air rifle brand made it to this list of the top ten most popular brands in the world.

But that’s understandable – because we airgunners exist in our own world.

And in our circles, we also have visionary and purpose-driven men and women who have toiled for decades to set up the best air rifle brands.

It sure feels like a complex crossword puzzle for now.

But here, we’ll shortlist the top air rifle brands from the long list above.

All this began in 1983 when the company founder, Bob Nichols, joined forces with equally visionary guys like Colin King and Bill Sanders .

From then, it has been milestone upon milestone as technology advances and customer demands also grow.

The company is now known as a top producer of hunting and competition air rifles across the world.

Top airguns by Air Arms include:

Well, its conception must have begun nearly 100 years ago

When the Crosman Brothers set out to produce pellets and airguns after one William McLean requested them to do so .

In the years that followed, the duly formed Crosman Rifle Company would move on to revolutionize the airgun industry through ingenious innovations – including the revered nitro piston technology.

Some of the top products by this New York-based air rifle company include:

Call it Weihrauch & Weihrauch Sport GmbH & Co. KG if you like.

Note that in Germany, any air rifle with more than 5 FPE is counted as a firearm.

And you can be sure that Weihrauch plays a big part in supplying Germans with firearms.

The company is currently headquartered in Mellrichstadt, Germany.

Their large team of experienced airgun experts works tirelessly to ensure the production of sports, hunting, and hobby airguns with excellent performance and long service life.

Some of these include:

This is a US-based importer and distributor of top airgun brands.

They mainly work in places like the world-renowned Pyramyd Air Gun Mall – in that they distribute airguns, ammo, and other air rifle accessories from:

On top of that, they manufacture wonderful air rifles such as:

Though started in 2010 – meaning just over 10 years in operation now – they have worked closely with the more experienced air rifle brands to ensure that all American air gun shooters get the products they long for.

Seneca is a line of air rifles produced by Air Venturi – the airgun company we just discussed above.

Mention ‘Seneca’, and the greenest airgunner will complete the phrase with ‘Dragon Claw’.

That’s how popular the Seneca Dragon Claw has become.

Otherwise, what do you expect with a beast that spits a fiery 230 FPE knockdown power in its .50 caliber?

Other popular Seneca air rifles include:

Lo and behold! An air rifle brand from Sweden – presumably the best country in the world.

And so you expect their airguns to be that amazing.

FX Airguns is the brainchild of Fredrik Axelsson, who set out in 1999 to design and manufacture the best airgun in the world.

20 years later, the company now boasts of recognizable brands like:

Over to South Korea now.

And before bewilderment overtakes you, let’s be sure you are not confusing it with Kim Jong-un’s North Korea.

Evanix is so far the only Asian manufacturer of air rifles in our list. That deserves a thumbs up!

Perhaps you are most familiar with their Evanix Rainstorm II .357 PCP Air Rifle that delivers a crazy 155 FPE enough to knock down the toughest of animals.

The company also became famous for top-of-the-range air rifles like:

When you buy an air rifle, there is always that inner desire for it to operate like well-known firearms.

Umarex read your mind way before – and that’s exactly what they do.

They ensure they are licensed to build replicas of these firearms to avoid any legal tussles.

Having done this since 1972, be confident that these top products of theirs are worth your time and money:

Umarex is also the force behind the following air rifle brands:

Gamo produced their first airgun in 1961. It’s now over 60 years since their journey started.

During this period, they have come up with patented technologies like:

It’s no wonder they rightly claim to be the largest producer of air rifles and associated accessories in Europe.

(For more on the quietest air rifle on the market, see this post)

Here are some of their most popular air rifles:

What is the best PCP air rifle brand?

Airforce Airguns sets itself as the king of PCPs through the production of world-renowned models like:

With now, over 20 years in the Industry, the Tennessee-based company lives its vow of being the world’s number one producer of the most powerful PCP air rifles .

You really need an AirForce airgun if your aim is big game hunting.

As they say, serious air gun sport starts with AirForce.

Heading over to Izmir, Turkey, you find the Hatsan Arms Company tucked away in the western end of Anatolia.

Some of its patented technologies that have set new standards in the air gun world include:

Various combinations of the above hi-tech systems have birthed popular air rifles like:

Their 45 years of hard work have been surely worth it.

(For more on the best PCP air rifle on the market, see this post)

Daystate is a pioneering manufacturer that was the very first to develop pre-charged pneumatic air rifles and had models that date back to the 70s. Their first was an early pest control model called the Air Ranger. In 1980, they were commissioned by the firm Rentokil to produce a rifle for the same purpose. This rifle, the Huntsman, was such a good design, and so popular, that it is still in production today.

Since then they have had a reputation for innovating with original ideas in the airgun field. Today, they are based in Eccleshall, Staffordshire, and produce world-beating guns for a variety of uses including sport, pest control, and competition.

Models like the Daystate Air Ranger, AirWolf, Huntsman, Pulsar, and Daystate Wolverine are some of the most prized among airgun enthusiasts, professionals, and sportspeople.

Their rifles have been recommended by a variety of airgun journalists, including Terry Doe, editor of Airgun World, hunting author and journalist Mat Manning, and Nigel Allen of Airgun Magazine.

(For more on the best .22 air rifle on the market, see this post)

What is the best break barrel air rifle brand?

And now, over to Germany where quality is the order of the day.

Beeman Precision Airguns has lived to the dream of supplying quality products capable of performing above and beyond user expectations.

This is yet another world leader in the production of break barrel air rifles from Germany.

Who dares dispute such experience?

You’ll surely be confident with their top break barrel air rifles like:

What is the best CO2 air rifle brand?

Since 2006, Hammerli’s Partnership with Walther of Umarex has led to the production of even more world-class air rifles, thanks to their experience that dates back to the Middle Ages.

With its headquarters in Newington, New Hampshire, the over 2000 workers at Sig Sauer have seen to the production of powerful CO2 air rifles like:

Their bullpup design has especially captivated the hearts of millions of shooters worldwide. 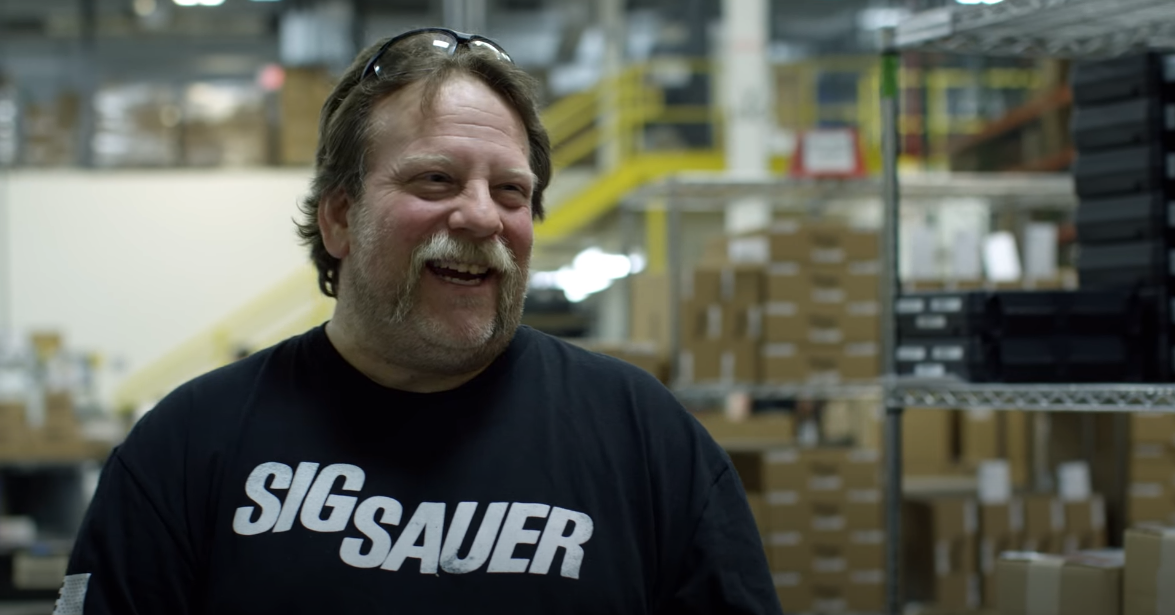 With over 29 years of innovation, the Michigan-based Leapers UTG leads the air rifle scope industry.

They offer such a large variety of scopes and nearly all the models have gained huge popularity worldwide.

Some of the best include:

Hawke has worked really hard for the last 40 years to cement its presence in over 60 countries worldwide.

With a clear mission to manufacture the finest precision optics, they have come up with marvels such as:

The manufacture of air rifles and the associated accessories has come a long way and has a long way to go.

From humble beginnings, where even the term hi-tech had not been uttered through human lips, the pioneering companies set out to produce air rifles

That to help the world population in hunting, pest elimination, and sporting.

And as technology has kept advancing, the companies have kept improving the air rifles to the best quality possible.

We can now sit back and enjoy the hundreds of models from these reputable air rifle brands.

(For more on the best air rifles for pest control, see this post) 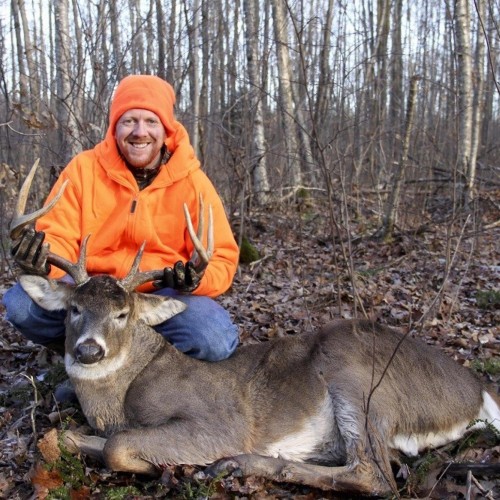 Sean Campbellhttps://airgunmaniac.com/about-autor-sean-campbell/
Sean Campbell’s love for hunting and outdoor life is credited to his dad who constantly thrilled him with exciting cowboy stories. His current chief commitment involves guiding aspiring gun handlers on firearm safety and shooting tactics at the NRA education and training department. When not with students, expect to find him either at his gunsmithing workshop, in the woods hunting, on the lake fishing, on nature photoshoots, or with his wife and kid in Maverick, Texas.
RELATED ARTICLES
Air Gun 101